Home
Hiring Now
JPMorgan and Goldman Sachs are ending their operations in Russia. Some employees have already left abroad.

The two largest U.S. investment banks have announced the end of their operations in Russia.

Goldman Sachs and JPMorgan did not close overnight, they will first complete ongoing operations.

Two powerful American banks are withdrawing from Russia. Goldman Sachs was the first to announce it, and JPMorgan announced on Thursday that it was ending its operations in the country. In an email sent to the media, Tasha Pelio, a spokeswoman for JPMorgan, wrote that the bank is reducing its activities in Russia to a minimum and will allow clients to close existing operations and transactions. The spokeswoman also assured that the bank will take care of its employees, whose number does not exceed 200.

Goldman Sachs also does not plan to end its operations overnight, but it will not take on new transactions. The bank started reducing its operations right after the war in Ukraine started on February 24. Half of Goldman Sachs’ 80 employees in Moscow have moved or are in the process of moving to Dubai. Reuters reports that the bank’s credit exposure to the country was $650 million at the end of 2021.

Recall that as part of a new package of sanctions against Russia and Belarus in connection with the attack on Ukraine, the European Union decided on 9 March to exclude from the SWIFT system three Belarusian banks (Belagroprombank, Bank Dabrabyt and the Development Bank of the Republic of Belarus). Sanctions were also introduced banning the export of marine navigation equipment and radio communication technology to Russia, as well as further restrictions on the export of shipping-related goods to Russia.

The latest package of sanctions against Russia covers 160 individuals, including oligarchs and members of the upper house of the Russian parliament, the Federation Council.

Is this the end of sanctions on Russia over the European Union’s attack on Ukraine? A statement by the head of EU diplomacy Josep Borrell may indicate this. – In terms of financial sanctions, we have reached the limits of what we can do. We have done everything we can,” Borrell said in an interview with France Info.

Asked whether the European Union could follow the US in imposing a ban on Russian oil and gas imports, Borrell said it was easier for Washington to decide in this regard than for the EU. – For the United States, it is not too difficult because it consumes almost no Russian oil, the head of EU diplomacy said. 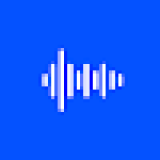